Offensive Rolling Bot is a retro style 2D action platformer, where the player plays as O.R.B., a robot sent from the future who can turn into a ball. Both the walking and the ball form have their benefits and downsides and the player needs to use these both forms to advance through the levels, destroy enemies, defeat bosses and save the humanity.

Support us on social media and chat with us on discord.

The concept is really cool. I enjoyed the boss the most, I'd love more combat like that! The actual platforming was a bit annoying at times. I think this would work great if the levels where constructed a bit more sonic-esque, so it doesn't break your flow as much. Definetly excited for what this will turn into!

We really enjoyed all elements of this game!!

I really appreciate that it's left up to the player to find the best way across certain obstacles, and that using ball form has drawbacks to prevent you from just using it to super jump everywhere.

Please make this game available for 32bit too.

Hi, and thank you for the feedback! We have now made a 32-bit version of the demo available for Windows!

https://www.youtube.com/watch?v=s_F6p_Dly64&feature=youtu.be i hope u  enjoy my gameplay it was a good game keep it up

Sweet visuals and nice mechanics. I think I found a bug with the boss. :)

Okay, so. This platforming and movement is spectacular. It's so satisfying to pull off the transform-launch-transform every time you do it and (most of the time) the deaths that result from it are a hilarious learning experience. The combat was a little hit and miss though. The projectile and explosive enemies were nice and meshed well with their environments, but the ones who rush you, the boss included, felt really off. I think it's because of how fast they move in comparison with the short delay it can take to get yourself oriented for a jump, but it's hard to put my finger on it. I tried counting frames on the boss, and the delays seem reasonable, but I found the dash extremely difficult to dodge. I'm really not sure what to suggest there, but everything else is outstanding!

(Edit: there absolutely needs to be a pinball and skate park section) 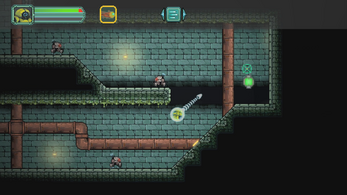 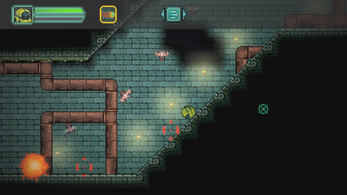 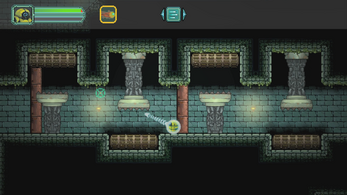 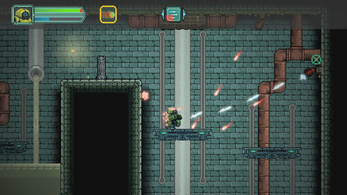 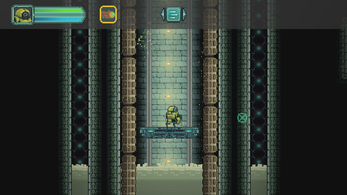 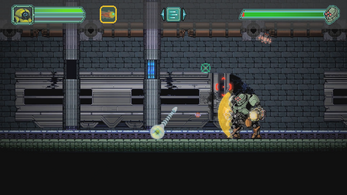 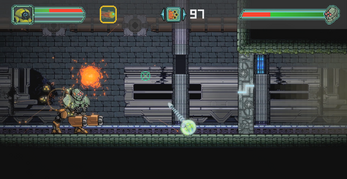